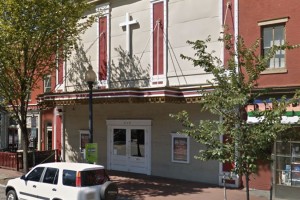 Miracle Theatre, a second-run movie theater and live performance space on Barracks Row, is planning to open in the next few months with family-friendly flicks and shows.

National Community Church, which owns the century-old theater at 535 8th St. SE, has not announced a specific opening date, saying only that it still plans on a fall opening. But in a recent interview with Hill Now, the theater’s general manager did offer more information about the church’s programming plans.

Juliet Main, the general manager of the theater, said the church plans to show movies and host live performances Thursdays through Sundays, with showtimes scheduled around religious services. The church, which has met in the theater since purchasing it in 2011, will continue to hold services at 5 p.m. Saturdays and 9 and 10:30 a.m. and noon on Sundays.

The theater is looking to show a variety of major movies that have left first-run theaters, Main said. But children’s programming will be the focus of the theater’s screenings, she said.

“We’ll show mainstream movies,” Main said. “But to cater to the growing [number of] Capitol Hill families, we definitely plan to work in a good amount of children’s films and live performances. We know that families are always looking for more entertainment options and educational options for kids.”

The theater, which has only one screen, seats 370 people. Ticket prices have not been set yet, but they will be cheaper than first-run theater tickets, Main said. She added that the theater plans to serve classic movie theater fare of popcorn, soda, candy and other snacks.

During the week, the church will use the theater as a community meeting space, which it has done since it purchased the building.

“For the past four years, we have hosted school assemblies and some film screenings and community meetings and things like that,” Main said. “That won’t change, in fact we hope to host a lot more of those things.”