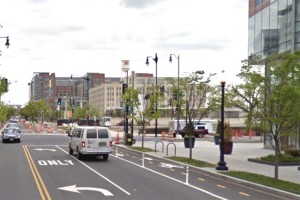 (Updated at 2:10 p.m.) Two girls were arrested in connection with an attempted robbery in which a woman was maced about midnight, police said.

The attempted robbery happened on the 900 block of 1st Street NE.

Two would-be robbers approached the woman and another person when they were walking in the area, according to authorities. One of the would-be thieves then tried to snatch the woman’s purse before the victim was sprayed with mace in the face.

The would-be robbers eventually fled without the woman’s bag.

Police canvassed the area for the would-be thieves before making the arrests near the scene of the crime.