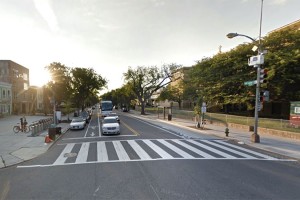 A pizza man in Hill East was punched and robbed of food he tried to deliver last night, police said.

The violent robbery happened on the 1500 block of East Capitol Street SE about 6:45 p.m.

The victim arrived at the wrong address for his delivery when he encountered several men who told him the pizza was theirs, according to authorities.

Soon after, one of the men punched the victim in the face. Another member of the group then swiped the pizza and ran away with it.

A man also was attacked and robbed near NoMa last night, police said.

The robbery occurred on the unit block of K Street NW about 9:15 p.m.

Two thieves punched the victim and stole his backpack before they fled, according to authorities.

Police described the suspects as men who are between 20 and 25 years old.