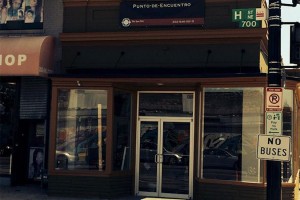 (Updated at 2:30 p.m.) A deli on the H Street corridor has shut down following “irreconcilable differences” that formed between the eatery’s owners and a business partner, the restaurant’s staff announced today.

The Spot Deli at 701 H St. NE closed after the partner called for the dissolution of the business, co-owner Yvette Williams said in an email. It wasn’t immediately known who the partner is and why the investor asked for the closure.

In a post published this morning on the eatery’s Facebook page, staff initially wrote the closure resulted from a “conflict with our business partner,” but didn’t elaborate. The phrase later was replaced with “irreconcilable differences.”

“The person who did the post on [Facebook] misinterpreted the reason for the closing of the deli,” said Williams, who owns the restaurant with her husband, Troy. “Our partner wanted to dissolve the business so that’s what we did. No conflict at all.”

The deli, which opened last year, is planning to sell its sandwiches, empanadas, pastries and other food at another location, the staff said in their Facebook post. But the employees didn’t say where.

“We want to thank all of you for the love and support that you have shown us here at ‘The Spot Deli,'” the employees said. “It has been our utmost pleasure to serve you over the last year at the H Street location.”

more stories
Previous
Morning Rundown
Next
Meet the Neighbors: The ‘Liveaboards’ of Southwest