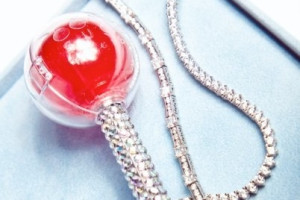 A candy store that bills itself as “a fab café and goblet bar” might open in Union Station in the next few days.

Las Vegas-based Sugar Factory, which specializes in “couture pops” and 60-ounce cocktails in goblets, is looking to open its first D.C. location on the first floor of the train station by Friday, Scott Miller, a partner with the company, said yesterday. But work to prepare the store for its debut might make Monday its first day of business, he said.

“We’re excited,” Miller said. “We think it’s a great demographic [in D.C.] for the concept.”

In August 2013, Sugar Factory announced that it would bring a location to Union Station.