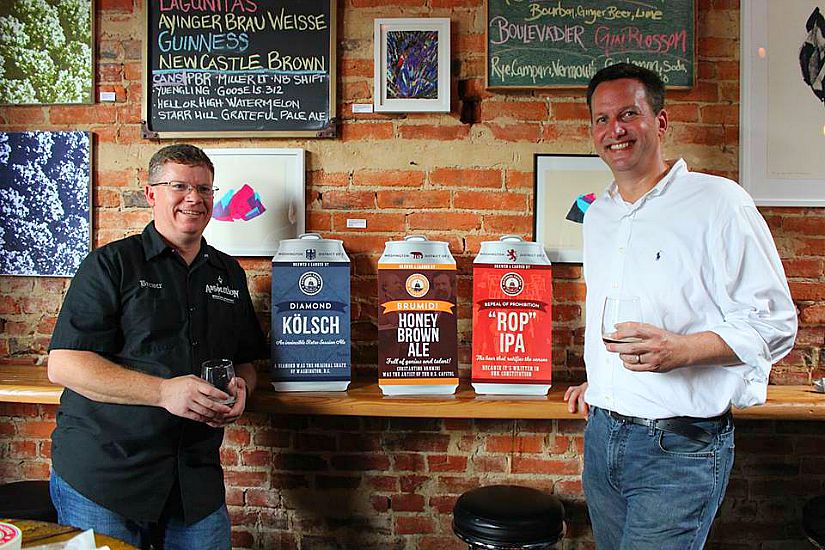 (Updated at 12:30 p.m. Friday) A home brewer on Capitol Hill is reviving a defunct neighborhood brewery with hopes of opening it in 2016, he said yesterday.

National Capital Brewing Co., which went out of business almost a century ago, is on its way back with high-quality craft beer back for the District, said Michael Webb, who is working to recreate the brewery with partner and head brewer, Wes McCann.

The original company opened around 1891 after German immigrant Albert Carry bought an existing brewery in Hill East between 13th, 14th, D and E streets SE. Prohibition threatened the business, and it was sold in 1918. None of the original brewery building remains.

“We’re not only reviving the name, but reintroducing the brand to our thirsty customers,” Webb said. “Our work is focused on creating beers that honor the District and recognize the brewery that was successful for so many years.”

This Friday, the company is holding a tasting for friends and interested investors at the National Capital Bank (316 Pennsylvania Ave. SE), about 10 blocks away from where the brewery once stood.

The bank is run by Carry’s descendants, and Webb said he is grateful to have the family’s “unqualified endorsement” moving forward.

“They’re very supportive of the idea and are glad to have it honor the tradition and the craftsmanship that was used a hundred years ago,” he said.

Friday’s event is also a fundraiser for the company. They hope to raise $2 million by the end of December to stay on track to open next year.

The other hurdle facing the company is space. The pair are actively seeking a location for a full-scale brewery. The efforts are focused within the boundaries of D.C., Webb said. But they are not ruling out any options, including a space at Eastern Market.

“The flavors we’ve chosen are unique and different and not available locally,” Webb said.

He added many of the flavors are inspired by the people of D.C. For example, he has plans to brew an Irish Red Ale to honor the people who lived in Swampoodle, which is now known as NoMa.

The brewery has an initial set of seven recipes, each representing a different style of beer. Webb hopes to expand that to 10 offerings once they are fully operational.

National Capital Brewing Co.’s beer will be available in kegs and 16-ounce cans.