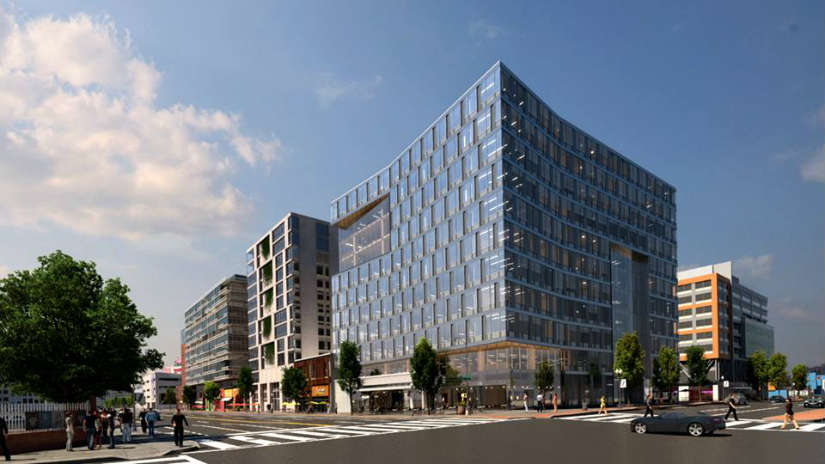 (Updated at 9:20 a.m. Tuesday) Circa wine bar and restaurant has announced plans to open its fourth location in Navy Yard near Nationals Park.

The eatery is the first confirmed tenant of the 99M building at the corner of 1st and M streets SE. The restaurant will occupy a corner of the building on the ground floor and will include indoor and outdoor seating, Circa’s parent company, Metropolitan Hospitality Group, announced this weekend.

The new location will serve a similar menu to the other locations, featuring seasonal American fare with an extensive wine list and cocktail menu.

“We selected 99M for our next CIRCA because it is at the heart of the vibrant, mixed-use Capitol Riverfront neighborhood,” MHG president Matthew Carlin said in a statement.

A representative from the restaurant says it will open in late 2017 or early 2018 and will update its progress on Facebook. The building at 99 M St. SE is not set to finish construction until late 2017. The building will have 11 stories of office space with ground-floor retail and a green rooftop terrace.