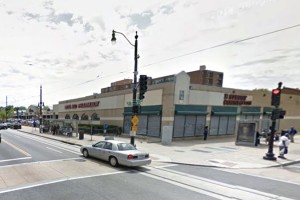 (Updated at 12:15 p.m.) A shooter fired a gun and another person flashed a firearm in separate incidents near an H Street NE intersection over the weekend, according to authorities.

Police received a report of gunshots near H and 8th streets NE about 4:30 p.m. Saturday. About seven hours later, a man also flashed a gun by the same intersection.

In the first incident, the shooter was firing a gun at someone. Police didn’t report any injuries or property damage. But local blog Frozen Tropics reported that a person involved in the incident threw a brick, breaking a window of Crown Fried Chicken at 716 H St. NE. A witness also told the blog that it appeared someone was shot on the street, but fled the area.

Police made an arrest in the incident. But authorities didn’t immediately identify the suspect.

The victim was getting off the bus when he saw some people staring at him, according to authorities. Fearing that a robbery was about to take place, the victim ran and one of the people started to chase him.

The suspect eventually caught up to the victim, showed a gun and threatened to shoot. The victim fled.

Police arrested a man in connection with the incident. But authorities didn’t immediately identify the suspect.

According to authorities, the Capitol Hill area over the weekend also had other crime, including: