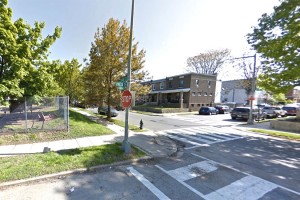 A group of boys attacked and robbed someone of a Samsung cellphone in Hill East yesterday, police said.

The violent robbery happened at 14th Street and Ives Place SE about 5:15 p.m. The intersection is about a block from the Potomac Gardens public housing complex and the Harris Teeter on Pennsylvania Avenue SE.

At least two armed robberies also have occurred in the Capitol Hill area since yesterday afternoon.

Two teen boys robbed a person at gunpoint on the unit block of 17th Street NE about 4:15 p.m., according to authorities. The street borders Eastern High School.

The thieves took an iPhone and a wallet from the victim before they fled.

A man with a gun also robbed someone in NoMa this morning before fleeing on a bicycle, police said.

The robbery occurred at 2nd and K streets NE about 5:45 a.m.

Police didn’t immediately release any other information about the three robberies.

more stories
Previous
POLL: What Should the RFK Stadium Campus Have in the Future?
Next
Man Stabbed in Broad Daylight Near H Street Corridor