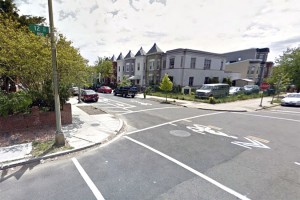 (Updated at 1:40 p.m.) A man was stabbed near the H Street corridor this afternoon, police said.

The stabbing happened on the 1200 block of I Street NE about 1 p.m.

Alert: 1D units responding to a confirmed stabbing in the 1200 Blk of I St NE. No lookout available at this time pic.twitter.com/wlYh7oyNcm