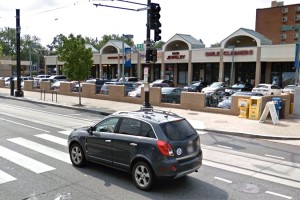 A man was stabbed last night on the H Street corridor about four blocks from the scene of another stabbing yesterday afternoon, police said.

The most recent stabbing happened on the 900 block of H Street NE about 8:45 p.m. The area, which includes the H Street Connection strip mall, is about a block from where a shooter fired a gun and another person flashed a firearm in separate incidents Saturday and a man was stabbed to death last month.

Authorities are looking for a 24-to-25-year-old man in connection with the attack yesterday evening. The victim in that stabbing was hospitalized with a minor injury to his side.

Earlier yesterday, about 1 p.m., another man was stabbed on the 1200 block of I Street NE.