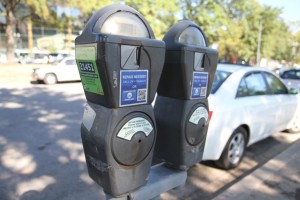 (Updated at 4:45 p.m.) Visitors to Southwest will have to feed parking meters along the waterfront for two more hours in the coming months.

By the end of June, parking meter enforcement on Maine Avenue and Water Street SW is expected to happen from 7 a.m. to midnight every day except Sunday, when meters aren’t monitored, WTOP reported this afternoon.

Initially, the new meter hours were to take effect tomorrow, under the D.C. budget approved earlier this year. Meter enforcement hours currently are from 7 a.m. to 10 p.m.

The two streets are among eight “premium demand zones,” which have longer hours of parking enforcement and more costly meters than most other parts of the District.

The zones, which also include the National Mall and Adams Morgan, have meters that charge $2 per hour. Outside of the areas, meters charge 75 cents per hour and operate from 7 a.m. to 6:30 p.m.