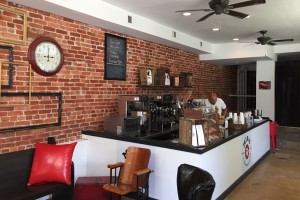 Tacos are set to arrive at Mia’s Coffeehouse near Lincoln Park next week.

The eatery, which opened in June at 101 15th St. NE, will have tacos Fridays and Saturdays from 5 to 8 p.m., starting Oct. 9., said Jeff Lee, who is running the cafe with his wife, Jenohn.

The “L.A.-inspired” tacos will come on soft corn tortillas with beef, chicken, braised pork or a combination of vegetables, according to a menu. They also will have cilantro, onion and salsa.

“I felt there was a gap in culinary offerings within a four-block radius of the shop,” Lee said in an email. “Growing the culinary program was always part of the grand plan of what we wanted Mia’s to be. I just wanted to wait a few months in and get a feel of what our customers were asking and suggesting.”

Along with the taco service, Mia’s also will start renting its space for parties and other gatherings outside of its normal business hours.

During its morning and afternoon hours, the cafe serves coffee, tea and sandwiches.

more stories
Previous
Morning Rundown
Next
UPDATED: Hours of Some Parking Meters in Southwest to Increase