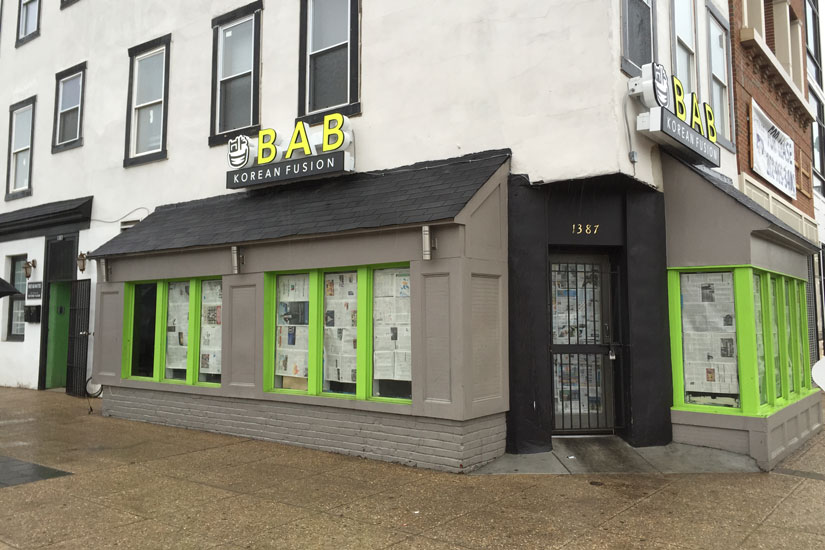 A fast-casual Korean restaurant might open on the H Street corridor before the the end of this year, a co-owner of the eatery said today.

Bab Korean Fusion at 1387 H St. NE is slated to open between Thanksgiving and Christmas, co-owner Justine Choe said. The restaurant initially was scheduled to open over the summer. But increased business at her other eatery, neighboring Tony’s Breakfast, has played a role in delaying Bab Korean Fusion’s opening, Choe said.

“We’ve had so much going on that we got kind of backed up,” she said. “We’re trying to open after Thanksgiving, but we don’t want to rush anything. When we open, we want to be sure what we’re serving is good.”

Bab Korean Fusion will serve rice bowls with toppings found in South Korea, the home country of Choe and her mother, Kay. The menu also will include kimchi fried rice and Shin-Ramyun noodle soup.

Choe said the restaurant’s style is similar to Chipotle, where customers are able to customize their rice bowls with their selected ingredients. Except instead of chicken and steak, Bab Korean Fusion will serve Korean short ribs and bulgogi.

“With this area being so close to Capitol Hill, you see a lot of people coming and going all the time,” she said. “We’re trying to do quick service with a little taste of Korean in everything.”

Bab Korean Fusion will open at 11 a.m. every day except Sundays, when it will be closed. It will close for the night at 8 p.m. Monday through Thursday and midnight Fridays and Saturdays.