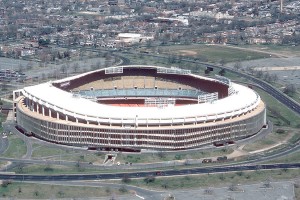 Two key players in any decision to bring the Redskins back to the RFK Stadium campus have not spoken with the District’s events authority after locals blasted the possibility of professional football in the area during a meeting with the organization last month, its leader said last night.

Neither the Redskins nor Mayor Muriel Bowser, who would have to sign off on the team returning to RFK’s grounds, have had talks with Events DC since the events authority met with locals on Sept. 16 to solicit their ideas for the land, said Gregory O’Dell, the organization’s president and chief executive officer. Events DC, which manages the RFK Stadium campus, is expected to reveal its recommendations for the area by January.

“Nothing’s changed from our perspective,” O’Dell told dozens of locals at a community meeting yesterday evening. “We have not talked to the Redskins or the mayor about the study. The mayor is aware obviously that we’re doing this study . . . and she fully expects us to exhaust this process to get feedback and make recommendations on our options.”

Bowser told ANC 6B commissioner Brian Flahaven before the Sept. 16 meeting that she is planning to put a new football stadium on the RFK campus and Events DC’s recommendations for the land will serve as a contingency plan.

Neither a representative of the mayor’s office nor the Redskins was immediately available to comment.

During the two community meetings, locals suggested turning the the RFK campus into athletic fields, parks and other green spaces. But many residents have spoken out against having the Redskins at RFK again.