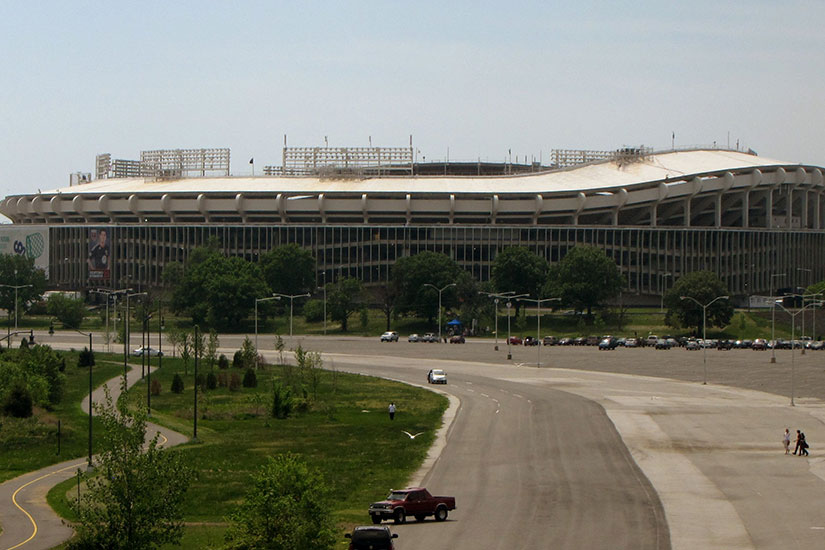 (Updated at 12:40 p.m.) Locals are calling on city officials to “focus on District-wide priorities, not football” for the RFK Stadium campus as D.C. works to redevelop the area.

A group called “Prioritize DC” has started an online petition to urge Mayor Muriel Bowser and the D.C. Council to add playing fields and other green spaces to the RFK grounds, but not a new Redskins football stadium, which the petition says is a “misplaced priority.” The organization says it supports “good decisions for the District.”

“As residents of D.C., we oppose any proposed plan to build a new football stadium for Dan Snyder and the Washington Football Team,” the petition says. “The reason for the opposition is simply a matter of priorities. Football stadiums are very expensive and, unlike baseball and other sports stadiums, used only a handful of times each year. There are much more important and impactful ways to spend a billion or more dollars.”

The petition came after two community meetings in which residents blasted the prospect of the Redskins returning to the RFK campus and pushed for more green space within the property in the future. In a Hill Now poll on what the area should have in the future, more than half of the respondents said as of this morning they want green space, but no professional football.

“Our goal is to ensure that any future development at the RFK site will benefit District residents, create quality jobs, and spur economic opportunity and amenities for the entire community,” Bowser spokeswoman LaToya Foster said in an email. “We look forward to reviewing the RFK study upon its completion and working with Events DC to ensure the future use of the RFK site serves the needs of District residents.”

But the mayor has told ANC 6B commissioner Brian Flahaven that she is planning to put a new football stadium on the RFK campus and Events DC’s recommendations for the land will serve as a contingency plan.

Councilman Charles Allen of Ward 6 has rallied against a new Redskins stadium on the property, encouraging locals to speak out about what they want for the RFK grounds.

“I don’t believe that putting an NFL stadium at the site of RFK is in the best interest for our city,” Allen said, drawing large applause this week at Events DC’s most recent community meeting.

So far, the petition has secured more than 100 supporters.