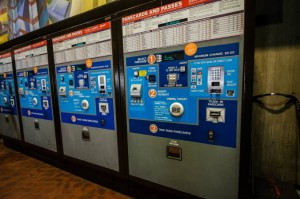 Metro riders who use the Stadium-Armory station are calling for a fare reduction to “commensurate with the reduction in service” during rush hour.

The online petition created yesterday by local Erik Anderson asks the Washington Metropolitan Area Transit Authority to eliminate peak fares for riders who use the station during rush hour. Metro has suspended Orange and Silver line service to the station from 5 to 10 a.m. and 2 to 7:30 p.m. every weekday as it fixes a power substation that caught fire Sept. 21. Repairs are expected to take about six months.

Metro charges higher rates during rush hour, when trains are more crowded. But customers using the Stadium-Armory station say they shouldn’t have to pay extra because service at their station is limited during those times.

A Metro representative could not be reached immediately to comment on the petition. A spokesman for the agency, however, previously said only the WMATA board of directors can change fares.

After the first week of suspended service at the station, Councilman Charles Allen of Ward 6 and local ANC representatives wrote letters asking WMATA to reconsider its decision to limit service to the station.