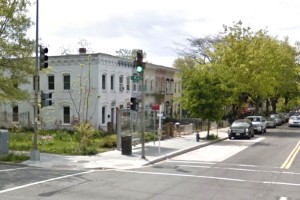 A man was stabbed near the H Street corridor last night, police said.

The attack happened on the 900 block of 8th Street NE about 8 p.m. The area is less than three blocks from where a man was fatally shot in an attempted robbery on H Street NE Saturday and where someone fired a gun and another person flashed a firearm on Sept. 26.

Several people stabbed the man yesterday when he was in the area, according to authorities. The victim knows his attackers, police said. But he declined to identify them.

The man was hospitalized with non-life-threatening injuries.

The armed robbery occurred on the 1200 block of South Carolina Avenue SE about 10:15 p.m.

The man was walking in the area when the two young men flashed guns and stole the victim’s cellphone and wallet, according to authorities. The thieves then fled in a car.