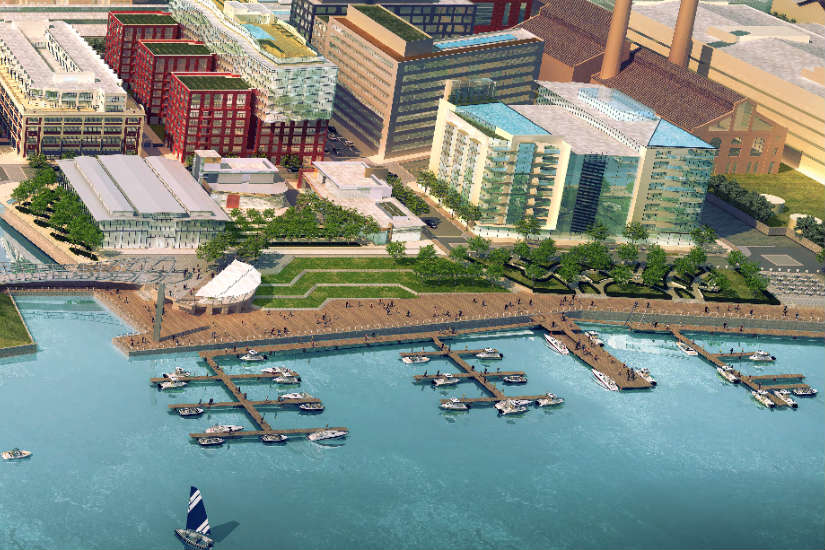 Construction is slated to start soon on a public marina that will run along the Anacostia River from Yards Park to the border of the Washington Navy Yard, according to developer Forest City Washington. The marina is slated to open by this spring.

The docks will have slips for 50 boats, about half of which will be reserved for short-term docking of less than 10 days. The marina also will have a water taxi dock and a space for kayaks and other paddle-powered watercraft.

Forest City Washington also plans to include an education dock where local students can learn about the river.

The area around Yards Park, known as The Yards, also will add 327 luxury apartments with the addition of the Arris residential building in early 2016. Many of the new homes will have views of the marina.

“The development of the marina will put The Yards more in touch with one of its best assets — the river,” Forest City Washington president Deborah Ratner Salzberg said in a statement. “We’re eagerly looking forward to adding the boating community to the wonderful mix of residents, tenants and visitors at The Yards.”