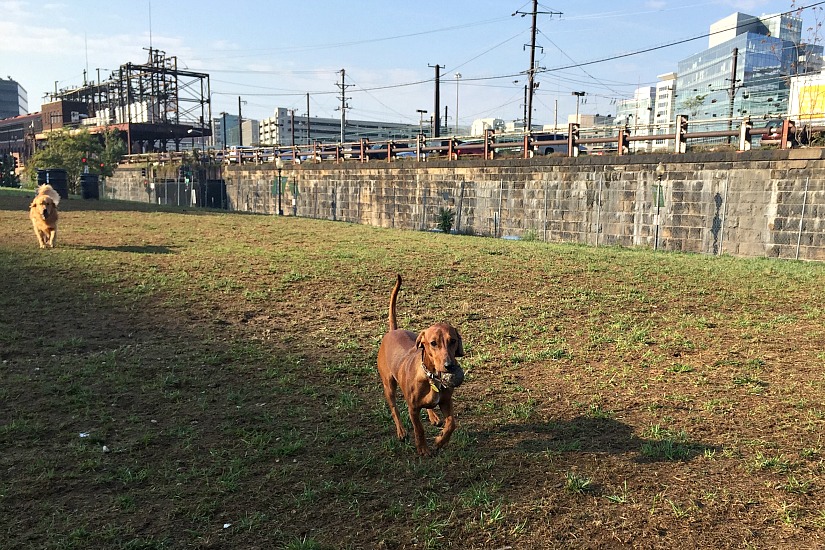 NoMa dog owners voiced their desire for a dog park at a dog-friendly meeting with Councilman Charles Allen of Ward 6 yesterday.

At 5:30 p.m. yesterday, Allen visited an empty lot at 200 K St. NE that local dog owners have converted into an unofficial dog park. But with construction set to start soon on Union Place, a 14-story residential building on that lot, residents are hoping to secure a permanent, official dog park in the area.

More than 450 people have signed an online petition asking Allen to join the fight to bring a permanent dog park to NoMa.

Allen’s office could not be reached to comment on yesterday’s meeting. But he did voice his support for a NoMa dog park in September.

“I have been a longtime supporter of adding parks, public space, and green space in the NoMa neighborhood,” he said in an email.

The NoMa Business Improvement District, which manages funds to build parks in NoMa, said in a statement yesterday that they are aware of the petition and are working to find a location for a dog park.

It also added that they are working on acquiring land for parks and would announce “important news” about land acquisition soon. An official at NoMa BID could not give any further information about the developments.

Several residents thanked Allen for his visit via Twitter, and Metro Mutts and Petco were on hand with free dog treats and toys to keep the dogs occupied throughout the meeting. Metro Mutts is the sponsor of Hill Now’s weekly Pet of the Week.

Thanks @CharlesAllenW6 for stopping by the “unofficial” dog park at 2nd and L Streets! pic.twitter.com/NIID0QBH4p