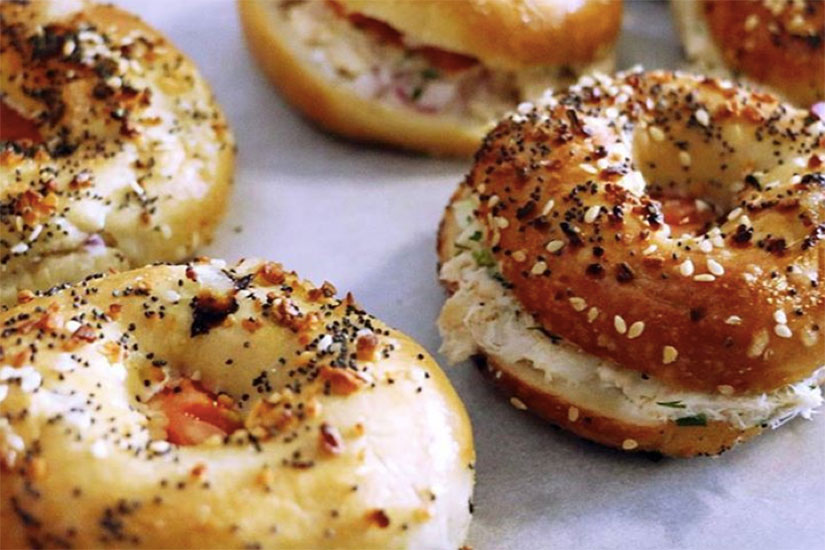 Bullfrog Bagels on the H Street corridor is on track to open its second location near Eastern Market this year with brunch, dinner and alcohol, the owner of the eatery said today.

The new spot in the former Frame Up space at 317 7th St. SE is scheduled to open in December, as first reported by Eat It All, which tweets about D.C. restaurants. The two-story building, which will have indoor and outdoor seating, is slated to have a bagel and coffee shop similar to the H Street location on the ground floor and a full-service restaurant serving brunch and dinner on the second floor, owner Jeremiah Cohen told Hill Now.

The new Bullfrog Bagels also will have a larger kitchen than the original location, with more oven space for bagels and room to prepare brunch and dinner, Cohen said.

“I feel like this is going to be a major step up for us because in our little bagel world, it’s like a dream kitchen,” he said.

Although bagels are still front-and-center on Cohen’s planned brunch menu, the eatery also will have pastrami-filled soup dumplings and braised brisket.

The dinner menu includes several pasta dishes. Cohen said his bagels require egg whites and not yolks, which he can use for pasta and not waste.

For drinks, Cohen said he plans to apply for a liquor license in the next few weeks to serve brunch cocktails and wine.

“A brunch kind of demands a really good Bloody Mary or a mimosa,” he said. “And a nice wine bar would compliment the kind of dinner food I’m going to be doing.”

The restaurant is set to have a similar design as the H Street NE bagel shop. It also will include artwork by Jonathan Blum, a Brooklyn-based artist who designed the Bullfrog logo and who used to sell art at Eastern Market. Cohen and Blum have been friends since they were in high school together.

“I think a lot of people that were familiar with his stand [at Eastern Market] will be happy to know that we plan to have a lot of his paintings hanging,” Cohen said.