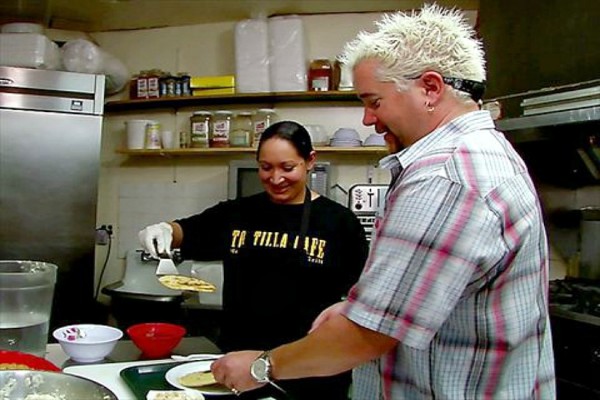 (Updated at 10:15 a.m. Wednesday) The self-proclaimed “guido” of Food Network might make an appearance on the H Street corridor this week.

A notice on the D.C. Office of Cable Television, Film, Music and Entertainment’s website said Tuesday morning that Guy Fieri and the crew of his show, “Diners, Drive-Ins and Dives,” are slated to film Friday on H Street NE between 12th and 13th streets. But by late Tuesday afternoon, the notice changed, only saying the show’s agenda in D.C. is “TBD.” Then, on Wednesday morning, the website for the notice said, “You are not authorized to access this page. ”

In the initial notice, the filming was set to take place between 5 a.m. and 3 p.m.

Only a few of the eateries on the 1200 block of H Street NE responded to inquires about the filming. A manager at Granville Moore’s (1238 H St. NE) said she didn’t know anything about the visit, and the events manager at Vendetta (1212 H St. NE) declined to comment.

A representative for Citizen Pictures, the company that produces and films the show, said today trips like this are kept secret for “myriad” reasons.

“We keep things on a need-to-know basis prior to filming,” production manager Michael Clayton said. “You’ll probably hear about this from the establishments involved after the fact. But until then, no information has been released.”

The initial notice of the show’s trip to the District also said Fieri was scheduled to visit restaurants on other D.C. streets, including 4th and M streets NW.