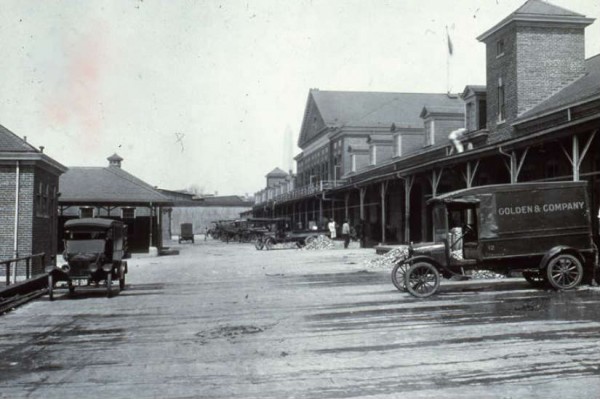 The District Office of Planning and Economic Development submitted an application earlier this year to have the fish market’s lunch room building from 1916 and oyster shucking shed from the mid-1940s designated as historic landmarks.

If the structures receive the designation, the D.C. Historic Preservation Office may help maintain and improve the buildings, which have both fallen into disrepair. A public hearing on the buildings’ application is scheduled for next month.

The buildings are symbols of the government’s effort in the early 20th century to better regulate food and sanitation, the application says.

“Clothed in the garb of governmental control, the [market] and all its components represented a new age in the government’s concern for its citizenry,” the application says.

The two connected buildings are the only parts of the market that survived an urban renewal project in the 1960s, but haven’t been used since 2010.

The oyster shucking shed was built as a place for fishmongers to clean and prepare their catches and the lunch room was added in the mid-1940s. The lunch room housed the Cadillac restaurant from the time it was built until 1970.

The colonial revival architecture of the buildings also warrants historic status, as they are remnants of development in Southwest in the early 20th century amid newer development in the area, the application adds.

Representatives from the Historic Preservation Review Board, which decides which locations get landmark status, could not be reached to comment.