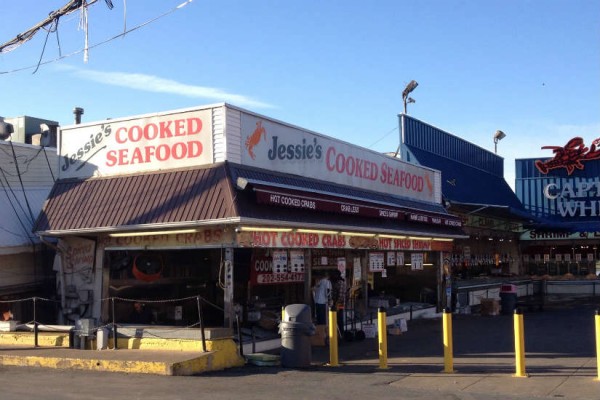 Three restaurants at the Maine Avenue Fish Market were closed this morning due to a minor fire last night at Jessie’s Cooked Seafood.

Though the fire only caused very minor damage at Jessie’s, all three restaurants that share the barge are closed until they can be inspected by the health department. The other affected eateries are Jimmy’s Grill #1 and Captain White’s Fresh Cooked Seafood and Crabs.

The fire broke out in the kitchen of Jessie’s Cooked Seafood around 7 p.m. yesterday. Greg Evans, the manager of Jessie and Taylor’s Seafood, said that people at the fish market were able to mostly put out the fire with fire extinguishers before the fire department arrived and there were no injuries.

The fire caused very minor damage, Evans said, estimating that repairs would cost a few hundred dollars at most. He said that none of the equipment in the kitchen was damaged and the other eateries appear entirely unaffected.

“Always after a fire there has to be an inspection, but everything is operating,” Evans said. “They just have to check all the boats in the vicinity before we can open.”

Jessie and Taylor’s Seafood, which sells raw seafood on a separate barge, opened at its normal time this morning, as did several other raw seafood sellers at the market.