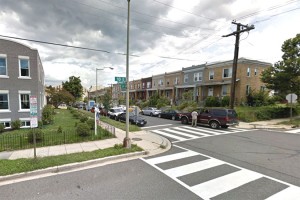 Neighbors have raised more than $6,000 for the family of a Hill East woman who was sexually assaulted in her home.

The family of four, which neither police nor neighbors have named, is hoping to raise money to move into a new home. A neighbor set up a donation page for the family over the weekend, seeking to raise $20,000.

The attack happened on the 1800 block of A Street SE between 2 and 3 p.m. Oct. 13. The woman was working from home when a man entered through an unlocked door and assaulted her. According to the fundraising page, the woman needed surgery to reset three broken bones in her face.

“The violent nature of the attack was so traumatic that the family is staying with friends and wants to sell their apartment and move immediately,” a letter on the fundraising page says. “Your donations will help a wonderful family of 4 who endured the unimaginable find a new home where they can feel safe and rebuild their life.”

On Oct. 15, police outside of the District arrested a man believed to be the attacker. Police have yet to release the name of the man arrested, but say that he does face first degree sexual abuse and burglary charges.