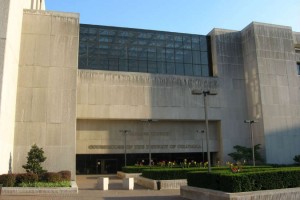 A man from Maryland pleaded guilty yesterday to assault with intent to kill after breaking into his ex-girlfriend’s Capitol Hill apartment and stabbing three people.

Ernest Johnson, 21, broke into his ex-girlfriend’s apartment on the 1500 block of F Street NE on August 15 about 4:30 a.m., according to prosecutors. Once in the apartment, Johnson stabbed his ex-girlfriend, her new boyfriend and her grandmother multiple times.

Another person who was sleeping in the apartment stopped the attack by hitting Johnson with a vacuum cleaner, causing him to drop his knife and flee. Johnson was arrested on August 20.