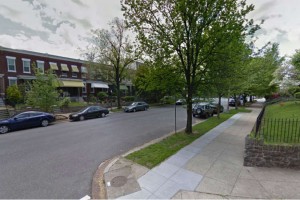 The couple who were found dead inside a Capitol Hill rowhouse on Monday died in a murder-suicide, according to police.

Police believe that 37-year-old John Robinson shot his girlfriend, 36-year-old Desiree Cooper, before shooting himself at the house on the 200 block of Tennessee Avenue, NE. Police did not say when the shooting occurred, but officers discovered the bodies at about 3:45 p.m. Monday.

According to the Washington Post, Robinson was a trainer at Results gym on Capitol Hill and Cooper was a gym member. The rowhouse where the bodies were found was owned by Cooper, who was renovating it at the time of her death.