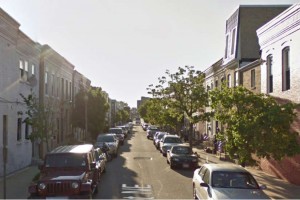 Police are asking for the public’s help locating a man they say tried to sexually assault a woman near the H Street corridor Saturday night.

The woman was walking on the 1200 block of Wylie Street NE, just north of H Street NE, about 9:30 p.m. Saturday night when the man grabbed her and attempted to sexually assault her, according to a statement by police.

The woman was able to escape her attacker without sustaining any injuries. Police described the man as a 29-30-year-old black man with short hair and a mustache wearing a knee-length brown hooded jacket, gold watch, black jeans and brown boots.

Anyone who has information regarding this case should call police at 202-727-9099.  Additionally, information may be submitted to the TEXT TIP LINE by text messaging 50411.  DC Crime Solvers currently offers a reward of up to $1,000 to anyone who provides information that leads to the arrest and conviction of the person or persons responsible for an assault committed in the District of Columbia

more stories
Previous
Morning Rundown
Next
Capitol Hill Eatery We, The Pizza Reopens After Closing Yesterday Due to Pests