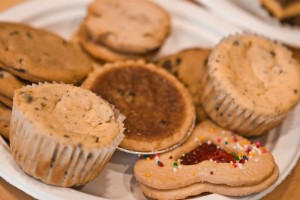 Capitol Hill residents are holding a bake sale to find out what percentage of crimes and arrests in the area actually result in prosecutions.

The bake sale was organized after the Department of Justice told Advisory Neighborhood Commision 6B Commissioner Denise Krepp that it would cost $40 per hour to collect data on prosecution rates. Krepp estimated that the information would cost about $1,000.

Krepp requested the information from the federal Department of Justice, who handle prosecutions in the District in a Freedom of Information Act request filed on Nov. 5. In response, Susan B. Gerson, the Assistant Director for the U.S. Attorneys Office FOIA unit said that the requested information would take more than two hours to collect. After the first two hours of work, the Department charges $40 per hour for the time it takes to collect the information.

Krepp said she was surprised that the Department of Justice didn’t have information on prosecution and conviction rates on hand.

“They should have this information,” she said. “If they’re keeping track of the general amount of crimes and can break it down into misdemeanors and felonies, this should be a simple to figure out. If they don’t have that information, my question is how are you managing your office?”

When Krepp told her constituents that the information would cost $1,000 of more, her neighbors came up with the idea of holding a bake sale to raise money.

“I got a really good response from the neighbors,” Krepp said. “A lot of folks said they would love to help bake, and they’re doing that because they want that info. We were hit pretty hard this past summer with crime, so people are wondering what the end result is; what’s happening to the folks that commit these crimes.”

The bake sale will be held on Dec. 13 from 1-4 p.m. at Eastern Market. Krepp said that neighbors have already agreed to contribute cookies, brownies and gluten-free options to the sale.

Krepp said the information on prosecution rates is important because a lot of summer crime was committed by repeat offenders. Knowing how many crimes are actually prosecuted by the Department of Justice will give residents a better idea of how to respond to crime, she said.

“We’re not going to know the bigger picture until we have that data,” she said. “Part of the problem right now is we don’t control prosecutions in D.C. The District Council could theoretically request this information, but the Department of Justice doesn’t have to respond to the Council.”

Krepp said residents looking to contribute to the fund can attend the bake sale or contact Krepp to donate directly via PayPal.