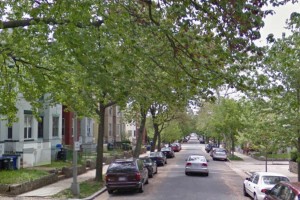 A man woke up to find a burglar in his bedroom near the H Street corridor last night.

The man was awakened in his home on the 1000 block of 10th Street NE by a noise about 3 a.m. Upon waking, he saw a man standing near his bedroom dresser and taking money out of his wallet. The man hit the intruder several times with a baseball bat before the intruder fled the house, according to an email from Metropolitan Police First District Captain Antonio Charland.

Police later concluded that the intruder entered the home by forcing open a rear window.

Earlier last night, a woman reported a robbery on the 900 block of North Capitol Street NE. According to a separate email from Charland, the woman was talking on her cell phone about 10 p.m. when a man approached her from behind and began punching her in the face. The attacker, described as a teen boy, stole the woman’s purse and cell phone.

There was also an armed robbery reported yesterday afternoon on the 600 block of 4th Street NE. About 1 p.m., a person was held up by three men, all of whom were armed with guns, according to an alert from police.

A police spokesperson could not provide any more details on this robbery.