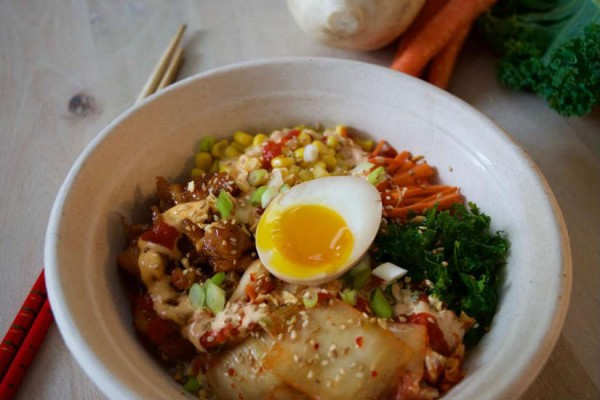 (Updated at 1:55 p.m.) NoMa residents may soon be able to enjoy Korean rice bowls and “korritos”–burritos wrapped in seaweed instead of tortillas–just steps from the NoMa-Gallaudet University Metro Station.

The owner of Korean restaurant SeoulSpice announced in a press release today that he plans to open the eatery in the last week of January at 145 N Street NE. The restaurant is part of the Two Constitution Square office development, which is mostly occupied by Department of Justice offices.

SeoulSpice will offer made-to-order service, allowing customers to build their own rice bowls, “korritos,” tacos and salads with their choice of Korean-inspired ingredients. Eric Shin, the restaurant’s owner and founder said in a statement that the menu is inspired by Korean comfort food.

“I take traditional recipes that have been handed down from many generations in my family and add a spin from modern American cuisine,” he said. “Our goal is to present Korean food in an accessible way, preserving the authentic and vibrant flavors of the Korean cuisine.”

The eatery’s menu includes beef, chicken, spicy pork and tofu with toppings like kimchi, bean sprouts and Korean radishes. All of the food is gluten free, according to the restaurant’s website.