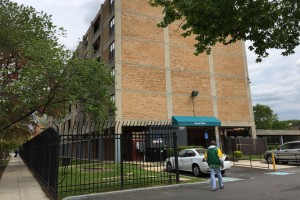 Two men were sentenced to prison for the killing of another man outside the Potomac Gardens housing complex in Hill East in 2013.

The two were convicted in the June 24, 2013 murder of Tywayne Thompson at the housing complex on the 700 block of 12th Street SE. Police said that both men shot Thompson during the attack. Thompson, who was 25 at the time of his death, died from a bullet that traveled through his buttocks and abdomen.

Police said the two men were attempting to steal Thompson’s new motor scooter, The Washington Post reported at the time.

Both men will be placed on five years of supervised release after they serve their prison terms, according to a press release from the office of U.S. Attorney Channing D. Phillips.