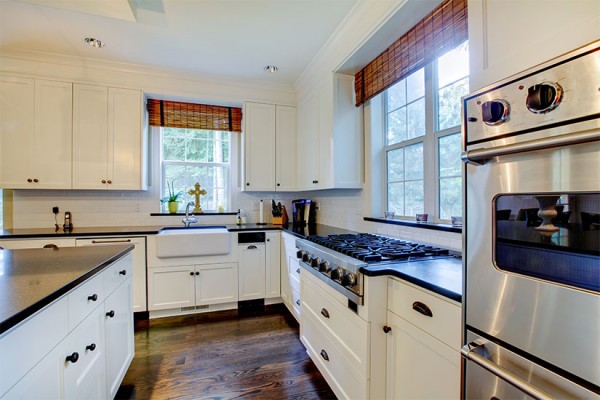 Not everyone feels like they’ve been given the chance to live their destiny. But Beatriz Sampaio does.

Sampaio came to the U.S. from Rio de Janeiro, Brazil, in 1985 after studying at a university there. After less than a year in the states, she and a friend-turned-business-partner acquired a house-cleaning company based in Arlington. The previous owner was looking to leave the business, and handed over the keys to Sampaio and her partner.

Sampaio had no experience running a business but was eager to take on the challenge. She said she learned by working and watching.

“I was so young then, and so fresh,” Sampaio said. “I had the knack for it. I was born to be an entrepreneur.”

Sampaio’s partner left the business after five years, and since then, Sampaio has been the sole owner of A Cleaning Service, which is a residential and also a commercial cleaning service that serves Arlington and the D.C. area.

One aspect of her company that Sampaio says sets it apart from her competitors is that A Cleaning Service is not a franchise. When customers want to book an cleaning, have a special request or a problem, they can call her directly.

Sampaio says the direct line from clients to her office is something that hasn’t changed in the 30 years she’s been running the business. Clients appreciate her openness and availability in a world in which it’s often difficult to get a real person on the phone, never mind the business owner.

It’s these personal touches that make A Cleaning Service different from regular maid services. Sampaio is also proud of her employees, who have been called dependable, honest and responsive to feedback in online reviews.

It’s her creativity as a business owner that Sampaio thinks makes her a good boss. Some of that creativity comes from connection to music. When she was 10, Sapmaio got her first guitar, and immediately fell in love with the sound. She’s particularly fond of classical and jazz music, and still composes and plays guitar today.

Sampaio likes that there’s low turnover in her company because the job gives workers a chance to really learn a how to do their jobs well, clients like getting to know the workers who often work in their homes.

The four-legged family members also appreciate a consistent staff in their homes too, says Sampaio, a long-time animal lover.

Sampaio’s love of animals goes back to her childhood, and it’s something she likes to incorporate into A Cleaning Service’s appointments. When her staff is friendly towards the animals they see every week or month, they also notice if something is wrong, and can tell the homeowners.

The direct line from clients to Sampaio is something that hasn’t changed in the past 30 years, though Sampaio says some things have changed. Like all businesses that have been around that long, she has had to incorporate computer systems and the Internet into her work.

The Internet has worked to A Cleaning Service’s advantage, connecting customers through forums to recommend their services. Angie’s List and Yelp reviews bring attention to Sampaio’s business because of thorough reviews from pleased clients. A Cleaning Service has won Angie’s List Super Service Award three times in the last four years.

“I really love this business, but sometimes it’s challenging,” Sampaio said of trying to keep up with a website and online reviews in addition to social media, especially when business picks up in the busy seasons.

The company’s busiest times, are, as one might expect, in the spring and before holidays and also at the end of the summer when people get back from vacations. But even in those busy weeks, Sampaio and her staff try to promptly respond to requests.

Just like Sampaio came from Brazil to fulfill her dream of being a business owner, the name of her business came from somewhere too.

Plus, she said, it’s simple. And clean.

The preceding was a sponsored feature written by ARLnow.com.