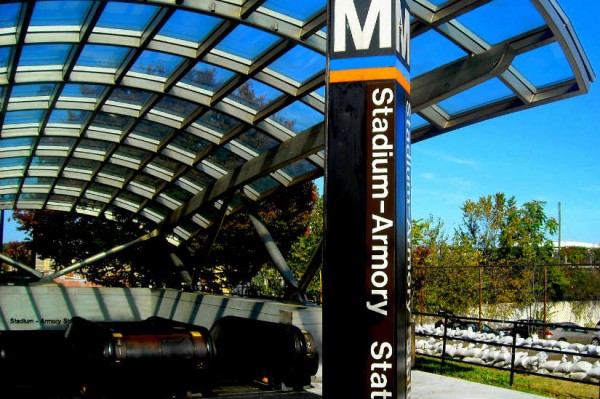 Orange and Silver line trains have resumed six-minute rush hour service at the Stadium-Armory Metro station as repairs to the nearby power substation have concluded.

Metro CEO Paul J. Wiedefeld announced this morning that trains on both lines started operating every six minutes on weekdays from 5 to 10 a.m. and 2 to 7:30 p.m. on Monday. Both lines had been running on eight minute rush-hour intervals at the station since Nov. 9.

Prior to that, trains on both lines bypassed the station during rush hour since Sep. 25, when a fire damaged the substation that provides power to the station.

Repairs to the substation were completed last week, according to a news release from Metro.

“I want to thank the Metro customers who stayed with us despite less frequent service and crowding,” Wiedefeld said in a statement.” “We know there is more work ahea to rebuild rider confidence and make service reliable.”