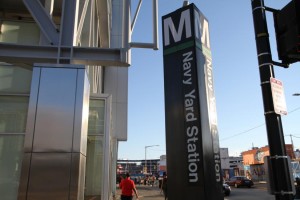 The connector between two cars on a Green Line Metro train broke near Navy Yard this morning, causing the train to decouple and backing up service on the Green Line.

The separation happened just before 8:15 this morning, the Washington Post reported. The train stopped in the tunnel while the cars were recoupled. Once the train reached the Navy Yard station, it was emptied and passengers were placed on another train.

The malfunction caused brief delays on the Green Line, but service has returned to normal, according to a tweet from Metro.