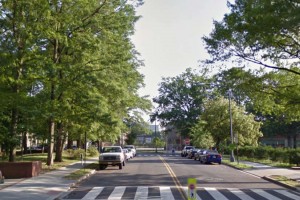 A man was robbed by a group of six people near Amidon-Bowen Elementary School in Southwest last night.

The man was on the 900 block of Makemie Place SW about 8:55 p.m. when he was surrounded by six men between the ages of 16 and 21, according to an email from Metropolitan Police Department First District Lieutenant Brian A. Murphy. One of the men took the victim’s wallet before all six suspects fled toward the 1100 block of 4th Street SW.

The suspects were described as black males, 16-21 years old wearing dark clothing. The robbery occurred near the site where a woman was robbed on Jan. 7.