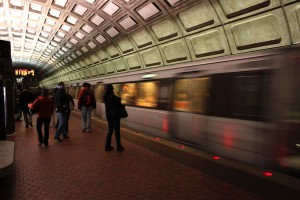 A 17-year-old boy was arrested in connection with an assault aboard a Red Line Metro train that left one man with a concussion and a broken jaw.

Metro Transit Police said in a press release yesterday that a 17-year-old Southeast, D.C. resident was arrested earlier this month. The boy was stopped at the Gallery Place-Chinatown station on Jan. 9. At the time of his arrest, the boy was carrying a BB gun.

Transit Police did not release the name of the suspect because he is not yet 18. Earlier this month, Transit Police released photos of six youths they believed were connected to the assault.