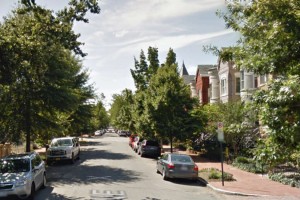 A man stole a car at gunpoint on Capitol Hill about 5:25 p.m. yesterday.

The robbery happened on the 300 block of 9th Street NE, according to an email from Metropolitan Police Department First District Lieutenant Michelle Ridlehoover.

The stolen car is a black Lexus with D.C. license plates “EZ9527.” The armed thief was described as a black man with shoulder-length dreadlocks wearing a black and red Helly Hensen jacket.