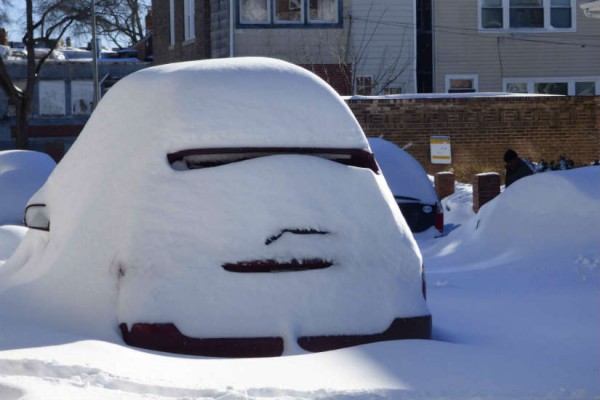 Metro Opens On Most Lines With Regular Fares in Effect — Metrorail stations opened at 5 a.m. this morning with service on all lines except the Silver Line and the Orange Line between Vienna and Ballston. Trains will run every 12 minutes. Metro buses are on a “severe” snow service plan, with 81 bus routes operating. [WMATA]

‘Snow Dragon’ to Melt Snow at RFK Stadium Lots — A borrowed “snow dragon” truck will be used to melt snow that has been dumped at parking lots around RFK Stadium. [WUSA9]

Few People Take Advantage of Hot Meals at D.C. Schools Yesterday — Yesterday, several schools across the District, including Eastern High School and Jefferson Academy Middle School, offered free breakfast and lunch for students and their families, but few people showed up to take advantage of the offer. The schools will offer free meals again today from 10 a.m. to 2 p.m. [WUSA9]

Capitol Hill Home of Early 70s Lesbian Feminist Group Could Become Historic Landmark — A rowhome at 219 11th St. SE could be designated a historic landmark because it was the headquarters of a lesbian feminist separatist group called the Furies Collective in the early 1970s. [Washington Blade]

Thanks to reader Cynthia Wei for sending the photo above of her snow-covered car masquerading as a storm trooper on Sunday. Email or tweet us your best snow pictures as we continue to dig out!