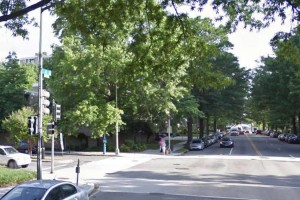 A woman was robbed last night near the intersection of N and 4th streets SW, but the thief did not get far.

The woman reported she was walking home from the Safeway near the Waterfront Metro station about 6:45 p.m. when a man grabbed her from behind and stole her bags.

Two bystanders heard the woman shout as the thief fled and chased him, according to an email from Metropolitan Police Department Lieutenant Crystal Beslow. The two citizens returned the woman’s wallet and held the thief until police arrived.

The officers arrested 26-year-old Bryan Jones and charged him with robbery, according to an arrest report. Police also believe that Jones is responsible for at least two other robberies in the Southwest area, according to Beslow.