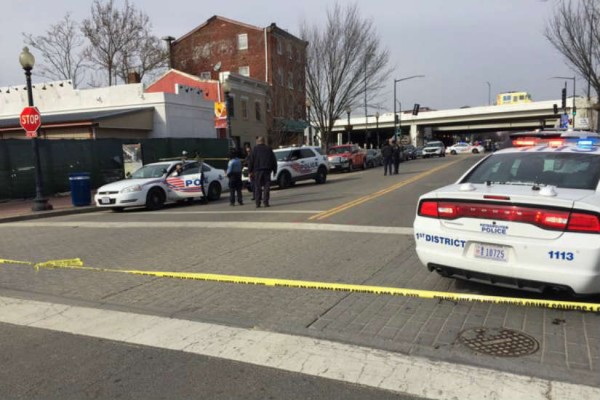 (Updated at 3:00 p.m.) Two people, including a minor, were reportedly injured in a shooting this afternoon in Navy Yard.

The shooting occurred just before 2 p.m. near the intersection of 8th and L streets SE, according to a police alert.

Three masked men entered Brice’s Barber Shop at 1005 8th St. SE and opened fire. The gunmen struck a 24-year-old man and a toddler. Both victims were struck in the leg and hospitalized with non-life threatening injuries.

Police are currently searching for a white SUV with no license plates in connection with the shooting.

Shooting in the 1000 block of 8th St. SE. Lookout for a White SUV with no tags. pic.twitter.com/iaO7L3QIDX