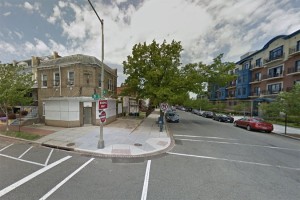 A woman scared away a would-be thief after she got him in the face with pepper spray about a block from the Kingsman Academy Public Charter School last night, police said.

The attempted robbery happened on the 400 block of 13th Street NE about 7:15 p.m. Tuesday.

The woman was walking in the area when a man went up to her from behind, according to authorities. He then tried to grab her purse. But she used pepper spray to stop him.

He ran away soon after, empty-handed.