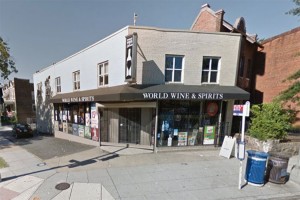 The armed robbery happened in the World Wine & Spirits at 1453 Pennsylvania Ave. SE about 11 a.m.

Both last seen running south in the 900 block of 15th Street SE.

The armed robbery occurred on the 700 block of Florida Avenue NE about 12:30 p.m. Sunday.

The victim was in the area when the three men surrounded him, according to authorities. One of the men then put a gun to the victim’s head, while demanding money.

The men soon after took the victim’s wallet. They then ran to a car and drove away.