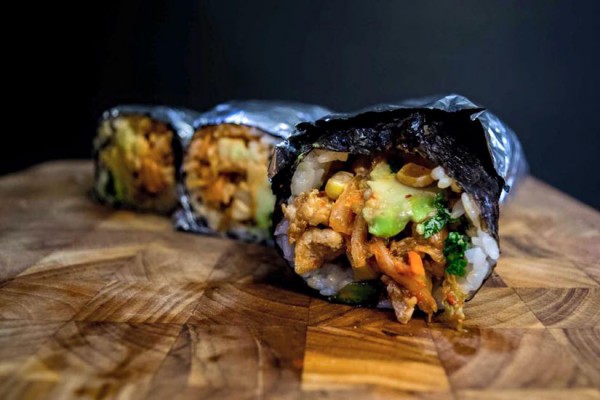 “Korritos” are set to arrive in NoMa within a few days.

SeoulSpice on Friday is slated to begin serving the Korean-inspired burritos wrapped in seaweed instead of tortillas, along with rice and salad bowls, a restaurant spokeswoman confirmed yesterday. The restaurant will open at 145 N St. NE, less than a block from the NoMa-Gallaudet University Metro station.

The eatery’s menu, under the direction of owner Eric Shin, includes beef, chicken, spicy pork and tofu with toppings like kimchi, bean sprouts and Korean radishes. All of the food is gluten free, according to the restaurant’s website.

SeoulSpice will serve customers seven days a week from 11 a.m. to 10 p.m.