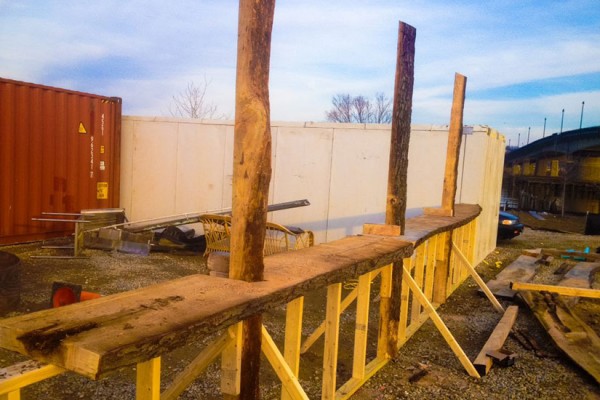 Bardo Riverfront in Navy Yard is still on track to open this spring, after facing some opposition from locals.

The beer garden might start serving customers as early as this April at 25 Potomac Ave. SE between Nationals Park and the Anacostia River, owner Bill Stewart told Hill Now yesterday. But he wasn’t sure yet if it would be ready for the Nationals home opener on April 7.

The beer garden will have beers brewed on-location and space for food trucks, according to a liquor license application from Stewart. The two-acre lot also will host as a dog park, bike shop and open green space.

Last fall, Stewart applied for a liquor license for a scaled-down version of the “BeerDisneyLand” he intends to create for Bardo Riverfront.

Stewart originally submitted an application to the Alcoholic Beverage Regulation Administration in March 2015 for a beer garden that would hold a maximum of 2,000 people. However, that application was rescinded due to concerns about unruly crowds, noise levels and security concerns.

He since has said he will cap the maximum total occupancy for the beer garden at 750 people and has made other changes to address concerns from community leaders and police.