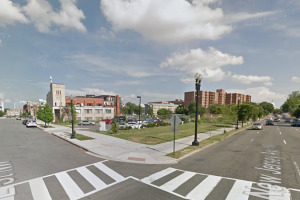 Though the District is moving forward with plans to build its new Ward 6 transitional housing facility next to the site of the Blind Whino art space at 700 Delaware Ave. SW, that wasn’t the only site it considered.

According to information released by Mayor Bowser’s office yesterday, the city also considered building its new shelter at the intersection of L St. and New Jersey Ave. NW.

The city says the site was not chosen because it wasn’t large enough for a new shelter.

“We were looking for roughly 30,000 square feet per site, preferably close to public transportation and other services and amenities, and sites that are economically feasible – and able to be developed within a 24-30 month timeline,” Bowser’s office said in a press release. “Once we had exhausted that inventory, we looked for properties to purchase or lease. . . . In total, we reviewed 28 responses from all eight wards.”

Click here to view a map of every location the city considered, courtesy of the Washington City Paper.