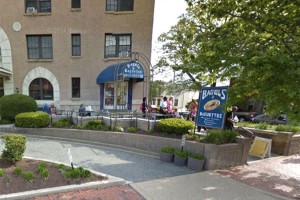 A staple of the Capitol Hill breakfast scene is set to shut down next week, but hasn’t given up on the neighborhood yet, its owner told Hill Now today.

Bagels and Baguettes is slated to serve its breakfast sandwiches and kettle-boiled bagels at 236 Massachusetts Ave. NE until Monday, when it must leave to allow renovation work in its building to proceed, owner and operator Helen Bekele said.

But she doesn’t expect the construction work to put an end to her 20-year-old eatery.

Bagels and Baguettes, which opened in 1996, might return to 236 Massachusetts Avenue after renovations are complete, she said. However, with construction work expected to continue until at least mid-2017, Bekele is looking to open elsewhere in the area.

“We’re going to work hard to be” on Capitol Hill, she said.