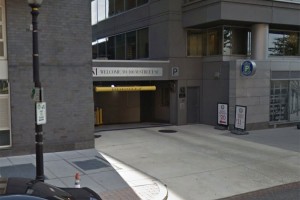 (Updated at 1 p.m.) A group of men with a gun robbed someone in Navy Yard over the weekend, police said.

The armed robbery happened at a parking garage on the 1100 block of 1st Street SE about 4 a.m. Saturday. The area is about a block north of Nationals Park.

According to authorities, other robberies that occurred in the Capitol Hill area since Friday afternoon include: