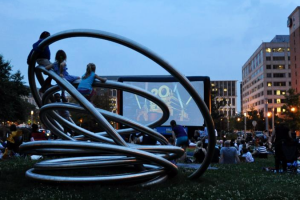 “Star Wars: The Force Awakens,” “Creed” and “The Martian” are among the films chosen for this year’s Capitol Riverfront Film Series.

The Capitol Riverfront BID announced the upcoming series’ schedule yesterday. The films will be screened at sundown in Canal Park, located at 2nd and M streets SE. Locals last month voted on which movies they’d like to see.