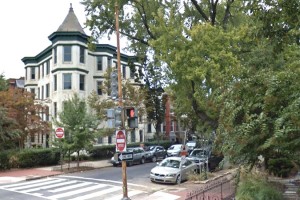 Two boys threw down and robbed a man who was walking from a Metro station on Capitol Hill this weekend, police said.

The violent robbery happened on the 100 block of 11th Street NE about 8:15 p.m. Sunday. The area is just northwest of Lincoln Park.

The man was on a walk from an unidentified Metro station when the two boys approached him from behind, according to authorities. The boys then assaulted the man, knocking him down.

The duo soon after ordered the man to give them his wallet, which he did. The boys then fled.